This drug is FDA approved to treat nausea and vomiting associated with conditions such as radiation poisoning, infection and migraine headaches. It used to be given to cancer patients experiencing nausea and vomiting from chemotherapy treatments but it has since been replaced by more effective medication.

How it works to increase breast milk in breastfeeding women: dopamine, a chemical in the brain, keeps prolactin (the milk-making hormone) levels in check by inhibiting the production of prolactin. Reglan inhibits dopamine. If dopamine is the bouncer keeping prolactin out of the party, Reglan is the tough guy who beats up the bouncer.

Another study showed that breastfeeding women who continued to struggle with low milk supply after being taught proper nursing techniques who then took Reglan showed no increase in breast milk supply.

Additionally, if your prolactin levels are normal (a blood test from your doctor can determine this) taking Reglan will likely not provide any benefit. If your blood tests show low levels of prolactin, Reglan is an option but beware of the risks.

Risks of Reglan for Breastfeeding Women

Since it should not be taken for more than 3 weeks and the results do not last, the risks far outweigh the benefits in this author’s opinion. There are plenty of horror stories to be found online about this drug so I would consider it a last resort. Instead, consider trying all-natural herbal options to increase breast milk supply like Lactiful Supply Max. 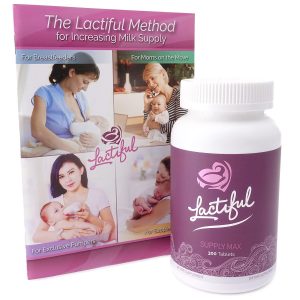 However, if you are interested in this form of treatment, see your doctor for a blood test to check your prolactin levels. If your results show low prolactin, discuss the possibility of taking Reglan and always follow your doctor’s advice.

4 thoughts on “Reglan And Breastfeeding”